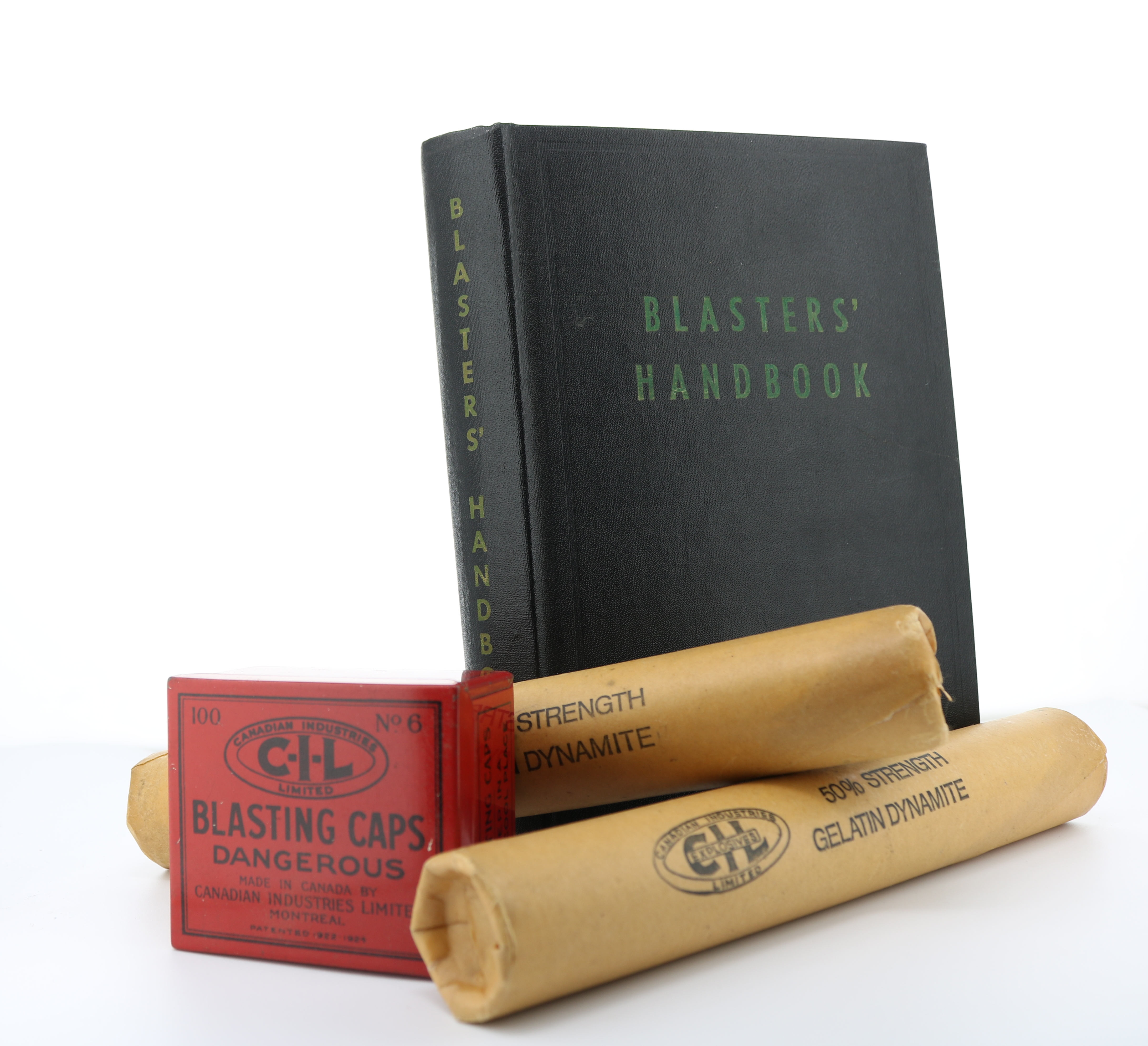 Dynamite was an important part of the mining process. The drill crew would drill a series of holes into the rock into which dynamite sticks were placed at the end of a shift. Their detonation would break up the rock into pieces, called 'muck'. By the time the next shift came in, the dust would have settled and the muck could be removed - ready for the next set of drill holes and dynamite detonation.

Dynamite is a "high-order explosive" or "high explosive." Created by Alfred Nobel in 1866 by mixing nitroglycerin with a special clay called kieselguhr. This special clay allowed for safer use of the highly unstable nitroglycerin. Dynamite can be dropped, hit and even burned without accidentally exploding!

Off Display, Not Public