Quartz is the second most abundant mineral on Earth, present in many different types of rocks. Although usually clear or milky white in colour, quartz is found in a variety of colours due to impurities in the crystal structure. Pure quartz consists of silicon and oxygen only, but atoms of other elements often make their way into the quartz crystal structure, colouring the crystals. Some varieties of quartz, like purple amethyst and yellow citrine, are considered to be semi-precious gemstones and have been used since ancient times to make jewellery and decorative objects. Well-formed (euhedral) crystals of quartz have a hexagonal cross section and are highly collectible.

This sample of quartz is from the Bridge River area north of Pemberton in southern BC. The area has been the focus of extensive prospecting and exploration since gold was first found there in the 1880s. The Bridge River area is referred to as a mining camp, not because people camp there (although countless geologists, miners and prospectors have over the years!) but because of the large number of mineral deposits and prospects that are located within that particular area. The Bridge River mining camp includes five former mines (the Bralorne, Pioneer, Wayside, Minto and Congress mines) as well as more than 60 mineral prospects.

The geology of the Bridge River area makes it ideal for mineral deposit formation. Favorable volcanic and sedimentary host rocks were intruded by several different igneous bodies, that generated heat to drive ore fluids through the host rocks through pores and along faults and fractures.

Gold was first located by placer miners on Gun Creek in 1859, but it wasn’t until the 1880s that the rich gold placer gravels were discovered near what is today the town of Gold Bridge. The largest gold nugget found in that area weighed 368 grams!

Prospectors continued exploring the area, and between 1896 and 1915 discovered many of the lode gold sources (in-situ, hard rock sources of gold). Gold was actively mined in the area until 1983, when the Pioneer mine, the last producing mine in the area, finally closed. In total, the Bridge River mining camp has produced over 7.4 megatonnes of ore, including 130 tonnes of gold and 10 tonnes of silver. As well as precious metals, over 10 tonnes of copper, 60 tonnes of lead and 0.3 tonnes of zinc have also been mined in the area. Although no mines are active today, geologists and prospectors continue searching for the next big deposit. 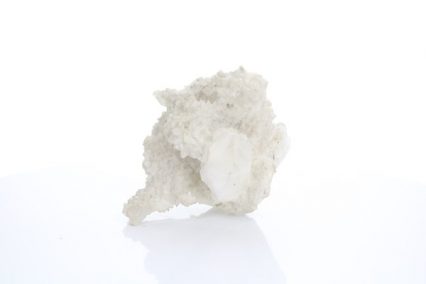